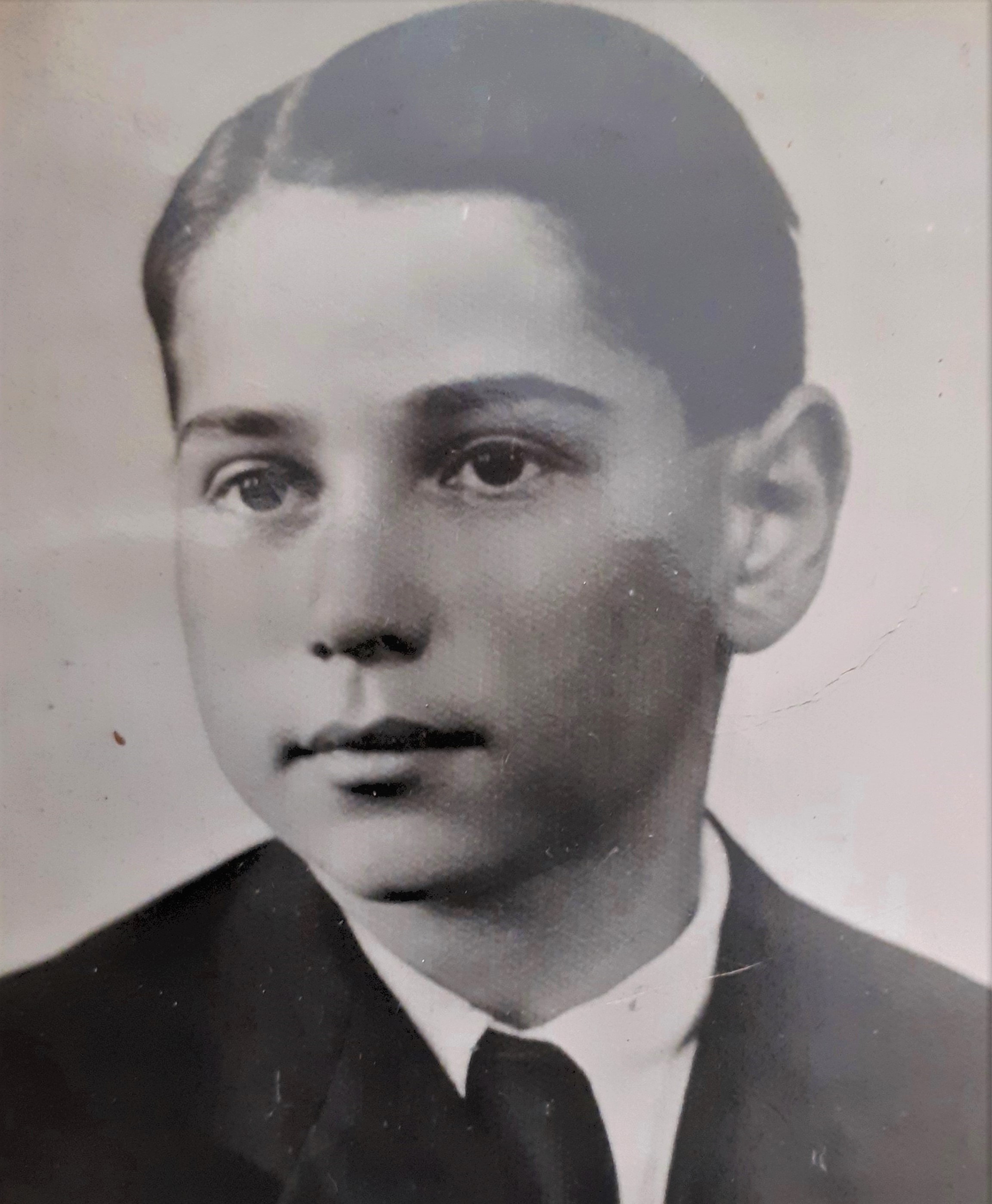 Before his death in 2000, Otto B. Kraus wrote in memory of
his brother:

My brother, Harry Kraus, son of Richard and Manya (Marie
Strass) Kraus, was born in Prague in 1928. For six years he was the youngest
child in the whole family and, as the last grandchild from both his maternal
and paternal grandparents, was the pet of all his uncles and aunts.

He was a loveable child with big black eyes and a head of
flowering dark curls who had a very happy childhood. Later when he attended
school he was most popular with his teachers, attended Sokol, the Czech sports
club where he made many friends in spite of the barely hidden anti-Jewish trend
of the organization.

For a long time Harry considered himself Czech and tried to
hide his Jewishness. Most of his friends were non-Jewish and I believe that had
it not been for the tragic events that changed his life, he might have
assimilated and probably married a non-Jewish partner. He was an outstanding
sportsman and his dream was to become a professional football star following
the footsteps of the then world famous goaly Planicka whose photo he had above
his head together with a picture of the first Czech president T. G. Masaryk.

In 1939, when the tide of history swept our lives, Harry
decided to learn a vocation and trained with a certain Borger-Borghini.  After a short time he became quite a skilled
magician, a kind of child prodigy and even gave performances at children's
parties.  He took up a professional name
of Bernhardini, after his paternal grandfather Bernhard Kraus.

Since he couldn't attend school, my brother spent most of
his days from 1940 to his deportation in May 1942 at the Jewish sports club in
Prague, called Hagibor where he was kind of helper and right hand of Freddy
Hirsch.

In 1942 he was deported to Terezin, from there in December
1943 to Auschwitz and at the beginning of July 1944 to a labor camp in Poland.  According to a rumor he was shot by an SS
sentry in March or April 45 when he tried to escape the prisoner column during
the so called "Death March"

The exact place of his grave is unknown.