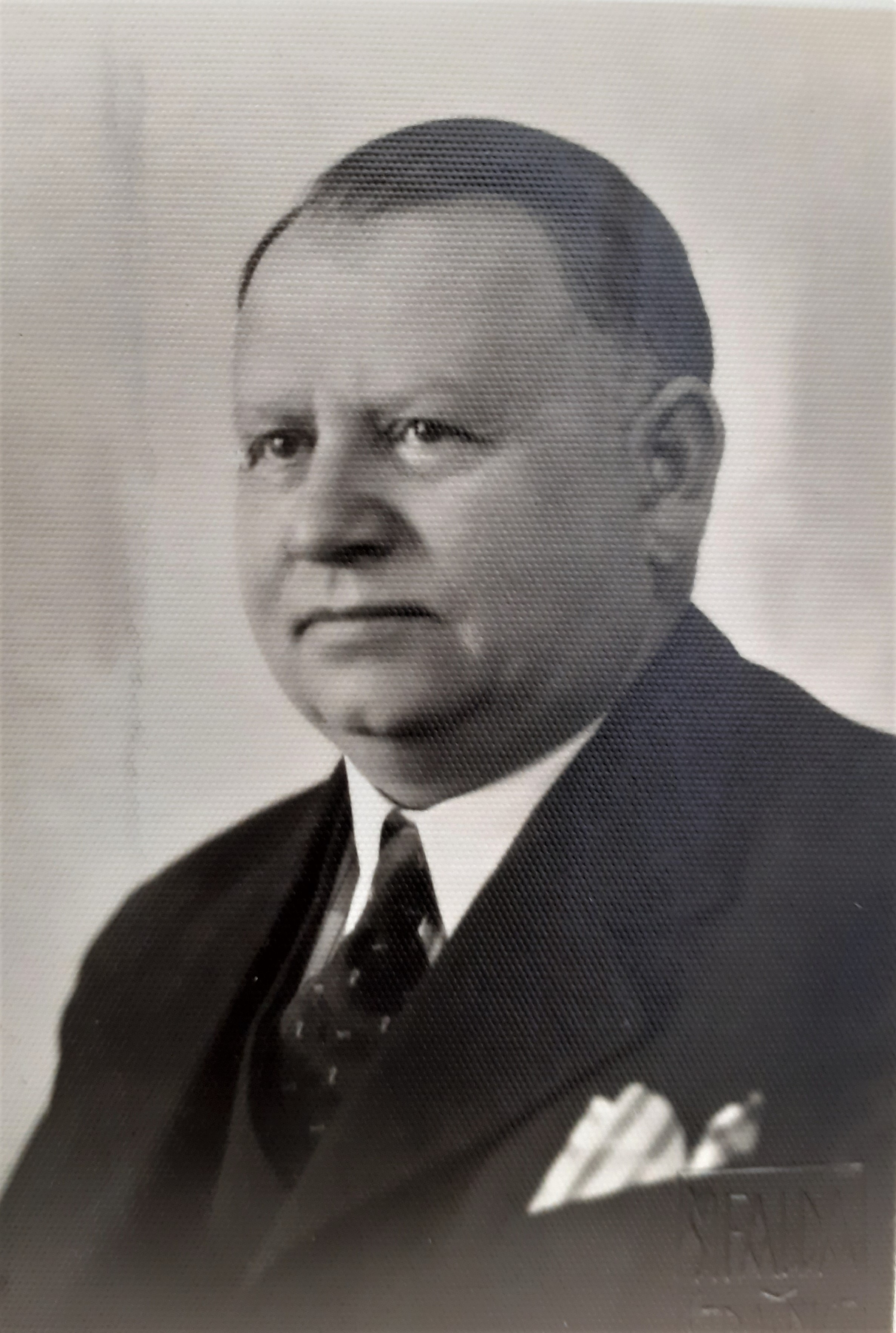 Before his death in 2000, Otto B. Kraus wrote the following
in memory of his father, Richard Kraus:

My father, Richard Kraus, was born in Vlashim, a small town
near Benesov which is in Bohemia.  He
came from a family of village Jews who lived on cattle trade and resided in the
same part of southern Bohemia for more than 600 years. His father, Bernhard
Kraus, was active in the Czech political life and even became elected as deputy
mayor of the town for a Neo-Czech party. My father had eight brothers and
sisters who all without exception, perished in the Holocaust.

My father established in Prague a factory producing women's
clothes and underwear which had about 50 employees. In the run of years he
became vice president of the Association of Light Industry, an Honorary Trade
Adviser and a lay judge at the Prague Labor Court of Justice. He was widely
known as an expert in his field and greatly appreciated for his integrity and
fair treatment of his employees.

In 1941 he lost his factory, his house and all his
possessions following the German occupation of Bohemia and was even jailed for
some time. When he was released, he and his family were deported to Terezin in
1942, and from there in 1943 to Auschwitz- Birkenau. My father died in the gas
chamber on 11th July 1944.

My father had a good tenor voice of which he was very proud.
He actually studied singing all his adult life. He gave a great number of
benefit performances. He used to claim that his real vocation was opera
singing, while producing ladies underwear or, as he called it, working clothes
for certain women, was just a side occupation. He gave several performances of
opera arias even in Terezin and once or twice in the Czech familienlager in Auschwitz-Birkenau.

Most of his life he believed that he was a Czech of Mosaic
religion, though in Auschwitz I heard him say that he was sorry he didn't
emigrate to Palestine because, after all, he seemed not to be entirely a Czech.
He even promised that on the way to his death he would sing the
"Hatikva" together with "Kde Domov Muj" the Czech national
anthem